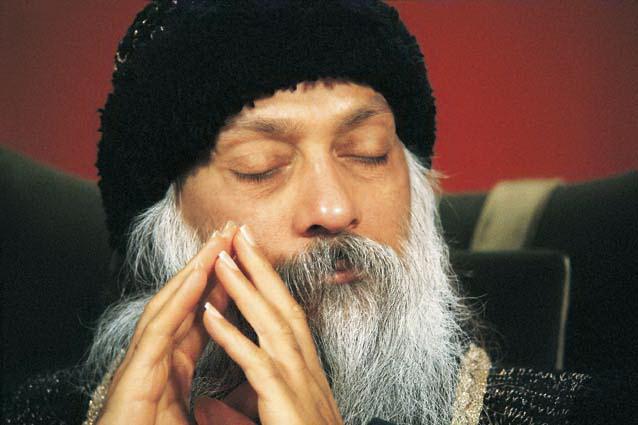 When a river reaches to the ocean there is a death. When a pond dries, becomes more and more dirty, evaporates, that too is death. But both are so absolutely different. When a river reaches to the ocean it is a fulfillment, because there the river will die and will become something greater. It is a jump, a jump from the finite to the infinite: the river losing itself, its identity, and becoming the ocean. Nothing is lost and everything is gained. But a pond drying up, not reaching anywhere – no ocean anywhere, just drying in itself – is also dying. You are like a pond. That’s why there is the fear of death. Be like a river, and then there is no fear of death. Death itself is like a sleep. Sleep is a temporary death, so if a person becomes very afraid of death he is bound to become afraid of sleep too. In the West, insomnia has now become a common phenomenon; almost everybody is suffering from it. It is not only because of mental tensions that this insomnia exists; deeper than the tensions is fear, the fear of death. I know a person who is so afraid of death that he cannot sleep, because he is afraid that he may die in his sleep. He tries to remain awake – he talks, reads, listens to music, but he is afraid of going into sleep. And if you are afraid for many many days it becomes a habit; unknowingly you create a barrier against sleep. In the West people are afraid of death, and if you are afraid, how can you go into sleep? Sleep is like death. So logically they are right – if you are afraid of death, you should also be afraid of sleep. They are similar phenomena: sleep is a temporary death. You need a death so that you can be reborn, so that in the morning you are again rejuvenated, fresh, young. And in sleep, death is exactly what happens. Have you observed the fact that in sleep you are not the same person at all? You don’t remember who you are, you don’t remember whether you are rich or poor, you don’t remember your own face, you don’t remember who your father is and who your mother is; you don’t remember anything that you have learned, anything that has been cultivated in you. You drop everything at the door and you go to sleep. Sleep opens a different dimension, where no identity, no ego, nothing of this world exists. That’s why it is so fresh, so refreshing. In the morning you come back to life; a new day starts, a new life. The fear of death will automatically create a fear of sleep and a fear of love, because love also is like death. You die in it. That’s why people cannot love. They talk about it, they fantasize, they imagine, but they never fall in love. Even if they try, they try to manipulate the phenomenon, not allow it, because love also is like death. Four things are similar: death, love, sleep and meditation. Their qualities are similar, and the basic similarity is that you have to dissolve. And people are afraid of all of them: if you are afraid of death you will be afraid of sleep, of love, of meditation.